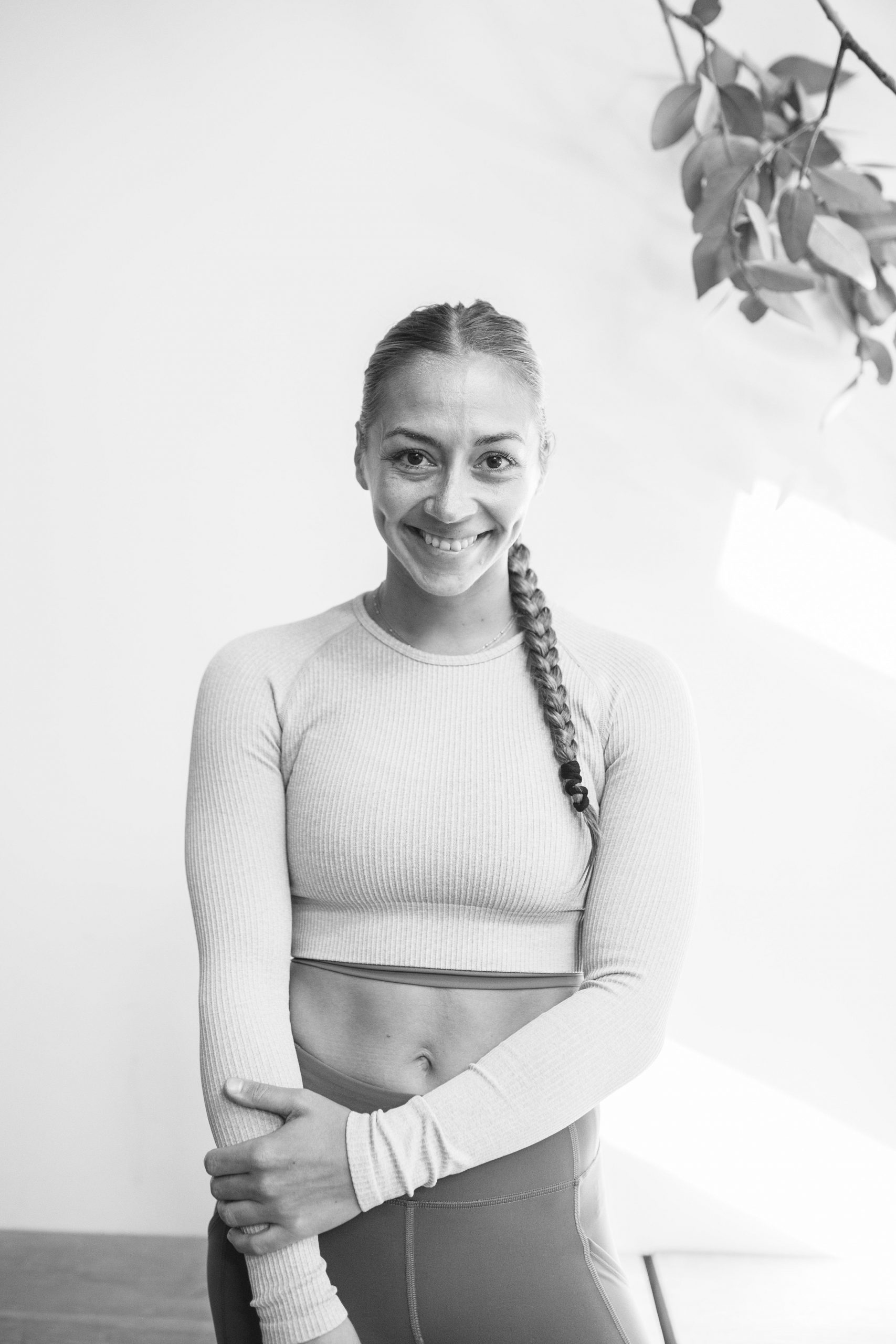 Originally from Canada but grew up most of her life in London England, Dani is a former national competitive athlete who has been teaching RIDE for over 6 years.

Since she was young, she has been passionate about the positive impacts that exercise has on the body, mind (and soul). Her classes are all about empowering people to be the strongest version of themselves so that they leave with more confidence, kindness and happiness.

Expect an energetic, electric and immersive ride. Her classes are tough but intended for all levels. Wherever you are in your wellness journey – you belong in this class. Time on the bike with Dani is all about inspiring people to find the joy in movement and community.
Just ride. 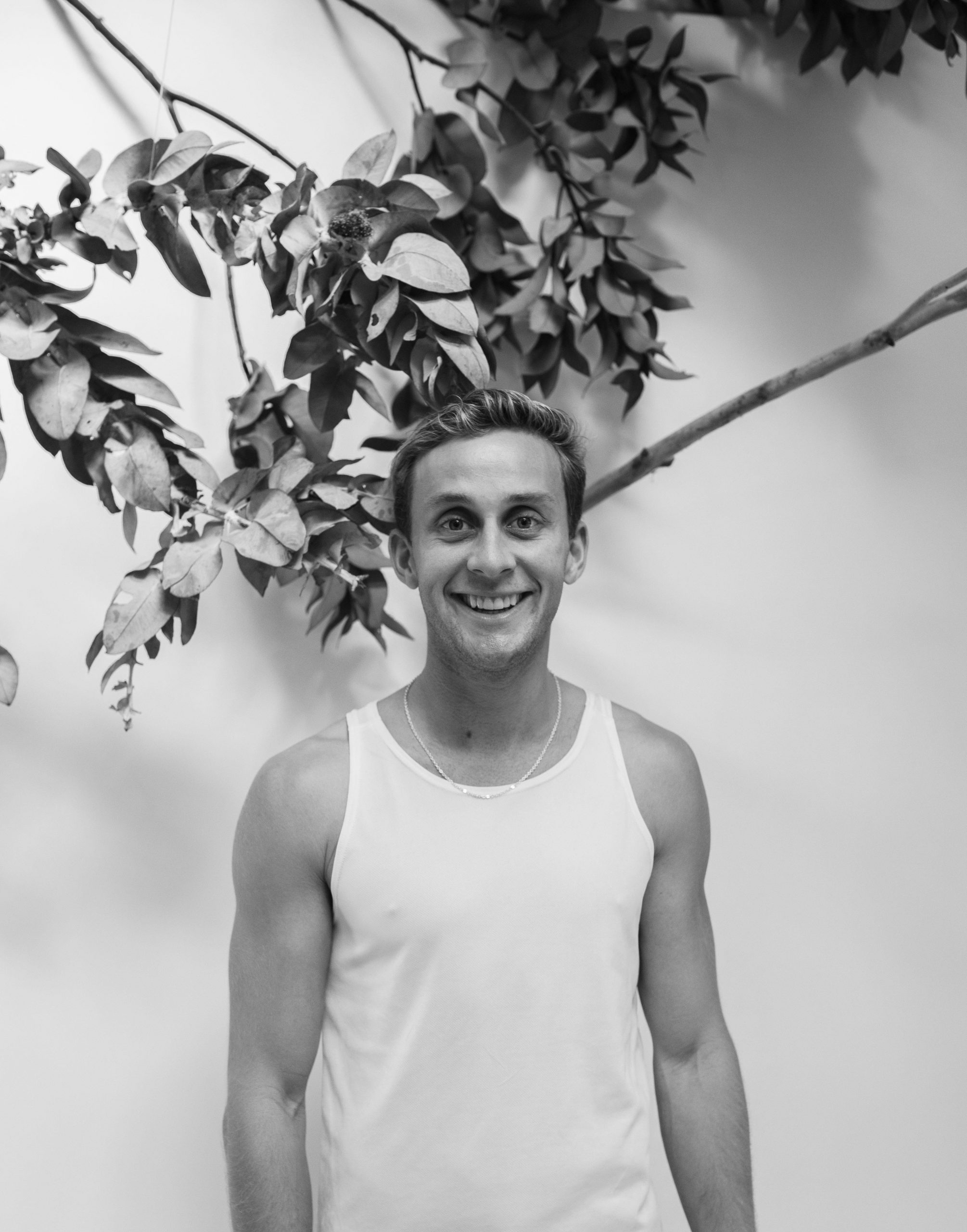 Tom began his fitness career whilst living in New York City and has been passionate about motivating people to sweat safely ever since. He is a certified PT and group fitness instructor. He’s a stickler for technique and correct anatomical movements, so you know when you take his class that he’ll cue you on riding form to avoid injury.

Tom’s music is eclectic and he loves a bit of disco. His classes often feature fun throwbacks like tracks from the Bee Gees mixed in with electronic tunes.

His favourite ride is a relentless mix of hills and sprints, which will have you red faced and smiling. Off the bike, Tom has been giving surfing a crack while living near the beach and he also enjoys reading creative non-fiction. 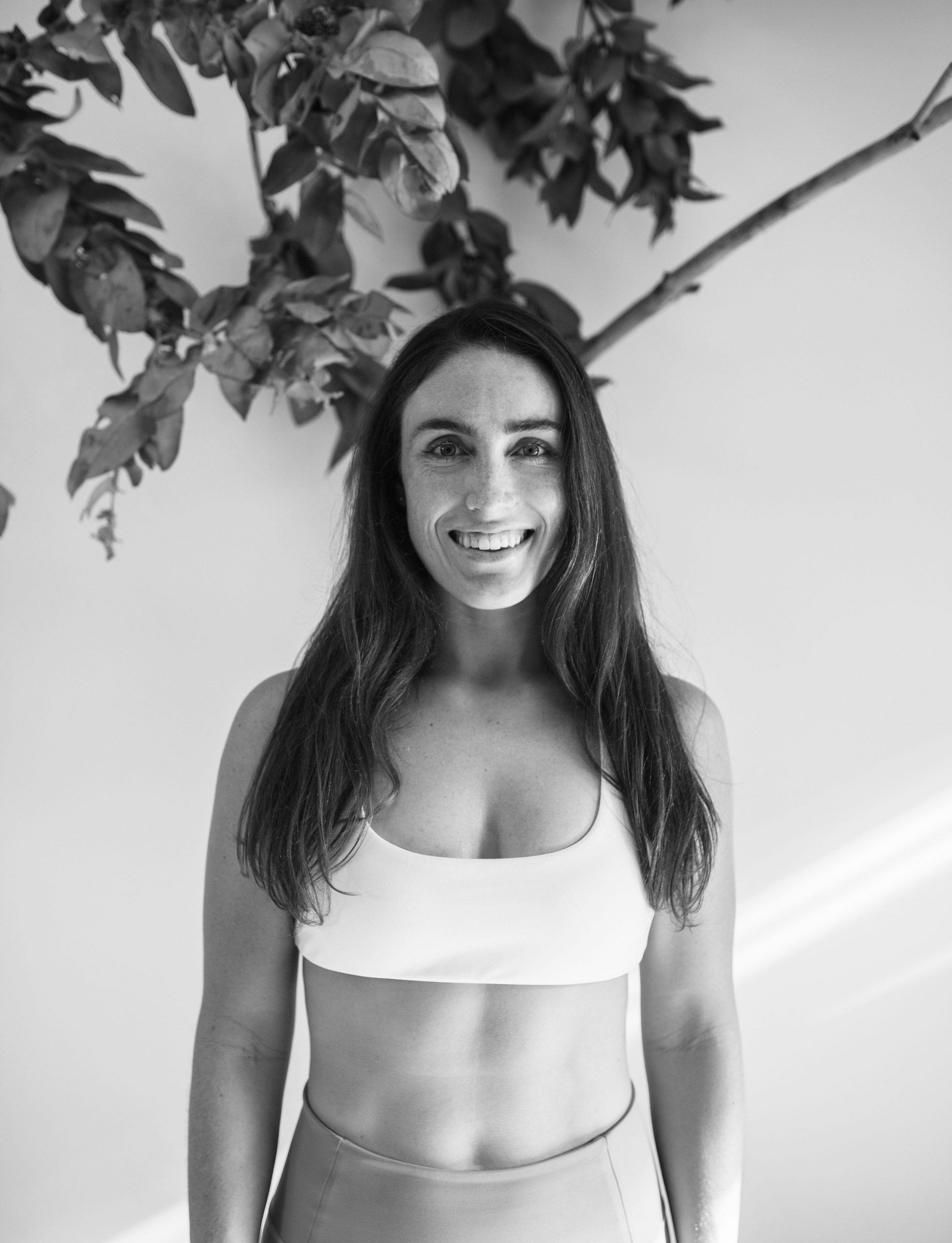 Hailing from Washington, D.C., Hayes is a powerhouse of resistance work, speed training, and core strengthening. She has been an athlete all her life, competing in soccer, swimming, and basketball throughout high school. She also loves extreme sports and lived in Vail, Colorado for two years, becoming an expert skier.

Hayes is passionate and energetic and gets the party started with heavy base and hip hop beats, uptempo remixes, and some rock every now and then. She will have you sweating out whatever you’ve done that day and gaining confidence and functionality on the bike. 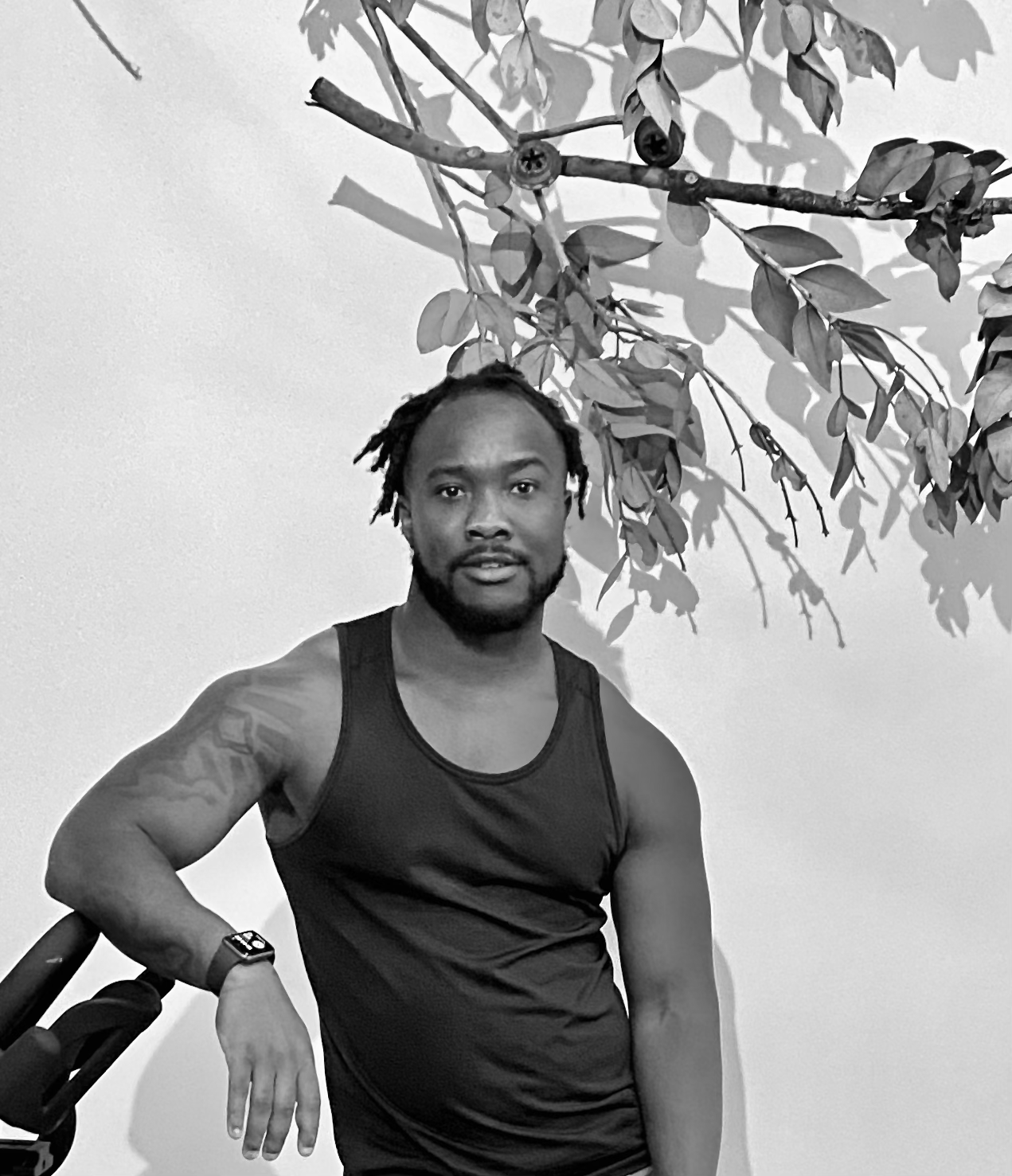 Rhythm riding is Leo’s main game, and he’s been winning at it, in studios across Sydney, Brisbane and Melbourne. His philosophy is, “Keep it raw, keep it real, and remember, the only person you’re competing with is yourself.”

No judge-y glances or thoughts allowed in his class. Hailing from London, Leo was the youngest trainer to represent the global luxury fitness group, Equinox. He also competed for England as a boxer, with 26 fights to his name. He’s also qualified as a boxing trainer, Pilates instructor and pre- and post-natal exercise trainer.

Born on the Gold Coast, Jordan has lived in London and New York where he developed a passion for health and fitness. Returning to Sydney, he was instrumental in creating SHELTER AT HOME.

Combining his DJ skills with his relentless energy of a trainer, Jordan developed a keen eye for the formats as you see them. Catch him on the bike in a RIDE class, or spend 30 minutes with him in a STRENGTH workout – you will know what we mean when we say he will sweat with you. 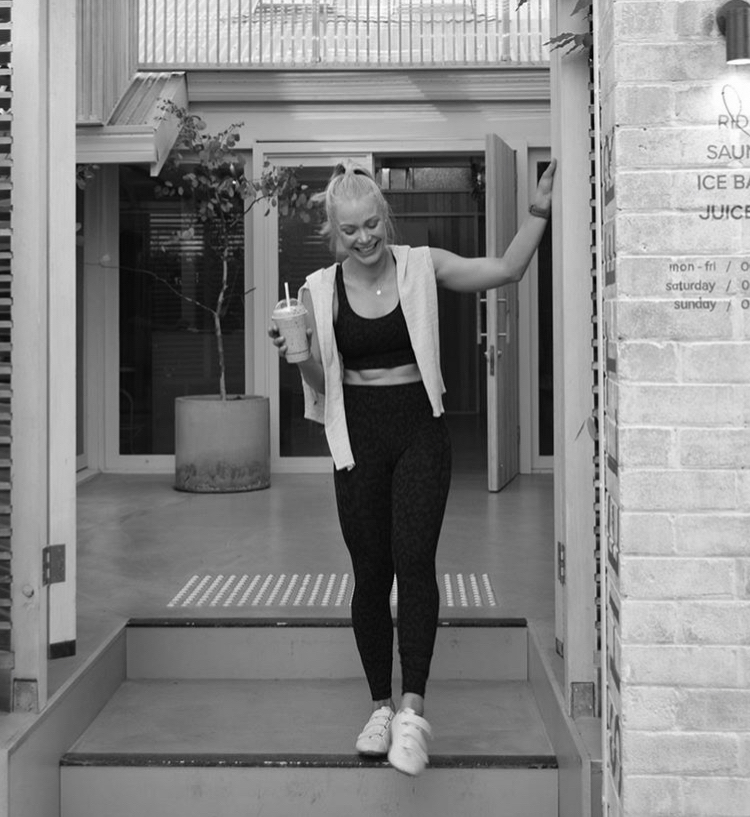 Born in country New South Wales, has passionately worked in the fitness industry for over seven years. She has taught Rhythm Riding all over the world. Berlin to Brisbane before finding home in Sydney – Elles classes incorporate both mind and body.

Elle developed the SCULPT format herself – that was first introduced in studio at SHELTER in Sydney. Refined to make this something that can be carried out in your home, Elle will be with you whilst you core and tone your body. 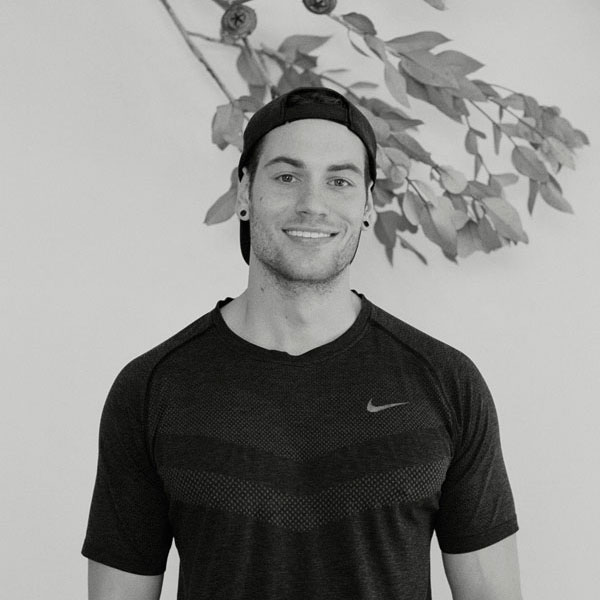 Mitch is a smiley Canadian who’s been spinning for over five years, and teaching for three of those. He grew up in a small country town by the Rocky Mountains, before moving to Toronto to work with the Rocket Cycle brand.

Mitch calls Sydney home where he is studying medicine – focussing on neuroscience research on multiple sclerosis, and more recently, joining oncologists in the fight towards breast cancer.

When it comes to music, Mitch has a passion for pop – regardless of its age. Accompanying this will be some well known tracks remixed in a unique and energetic way.

Join Mitch in any RIDE class to understand what pop means. 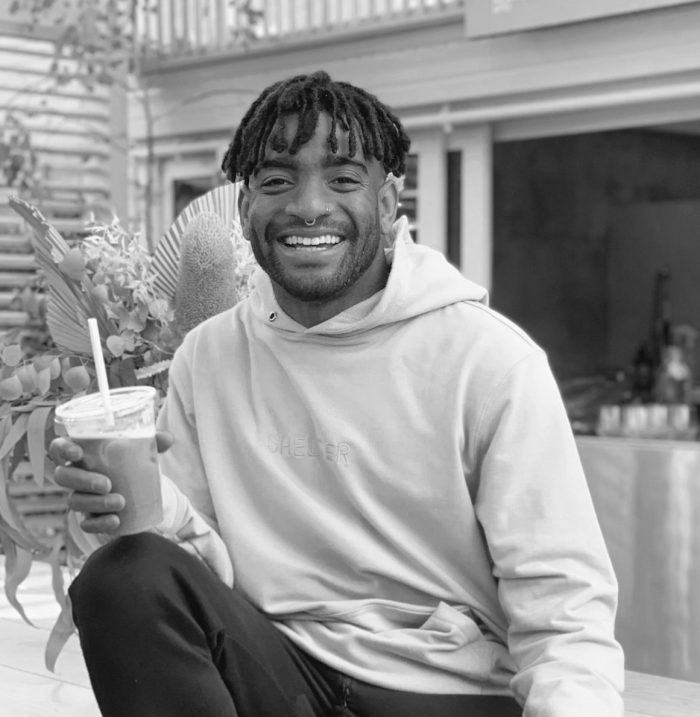 Born in the US, Tirrell calls Sydney home where he is studying an advanced certification in meditation & has recently become a certified breathwork facilitator.

A passion for fitness has always been there but it’s because of a few detours that he’s found himself becoming a huge mind, body & spirit advocate; he was a hairstylist for ten years before making a big pivot to become an instructor at SoulCycle, where he then moved from New York to San Francisco.

His personal motto is “When you give life, you get life” – believing whole heartedly that the energy you give is exactly what comes back to you.

You can join Tirrell in RIDE, FLOW or MEDIATION AT HOME. 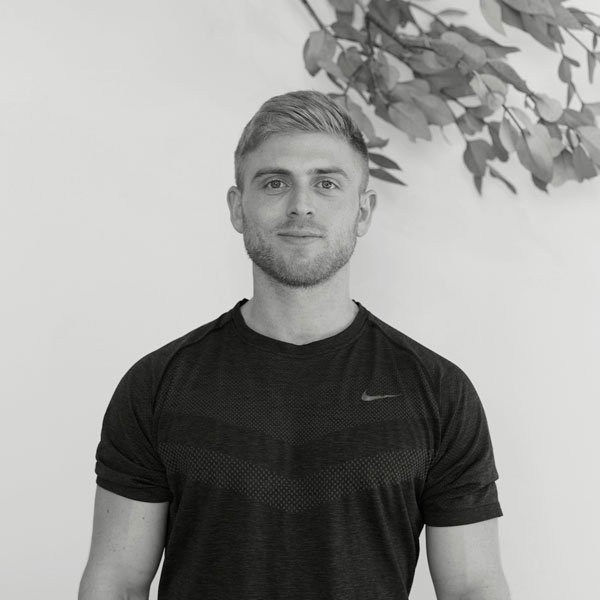 Born on the South Coast of Sydney, Matt hopped onto a spin bike for the first time three years ago. He never got off. Driven by the idea of curating classes that create special moments for riders irrespective of in studio or riding at home.

Matt works during the week with a wealth management firm – using exercise to exercise, and spin to create. Riding with Matt is mix of a dance & sweat. Energetic, electronic & high energy. Enjoy!